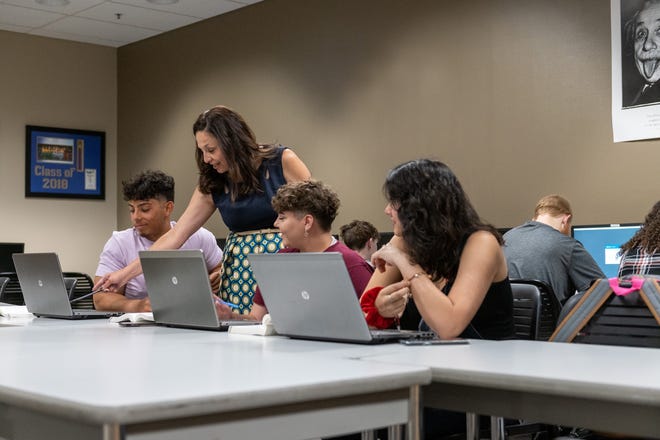 A Pueblo Community College program that helps high school dropouts and youth who are far behind in their studies earn a college degree and credit has surpassed all four criteria set by the network that oversees it.

“We’re trying to get our kids to understand that it’s not really about graduating on time,” said Jeanelle Soto-Quintana, PCC’s director of pre-college programs. “It’s about getting a degree… We tell them not to compare themselves to anybody else because in my eyes my kids are stronger than most of the adults I’m with. to be in contact.”

“If my adults had to deal with what my kids do all the time, they couldn’t even handle a daily environment for them,” she said.

The PCC Gateway to College program is for youth in Pueblo, Fremont, and La Plata counties.

“Every few years our office looks at our data and we try to identify what is the most common factor for our children…the greatest common denominator for our children are parents who divorce in middle school and early high school. “, Soto-Quintana mentioned.

Other risk factors that can contribute to a young person becoming disconnected include major health issues, care obligations, having a parent struggling with addiction, frequent moves, poverty and bullying in high school, she said.

“I had gone to a public high school in the city where I was and had been very roughed up,” she said. “I had pretty much given up on finishing high school. My plan was just to drop out.

“I was directed to the Gateway program and entered with a GPA of around 1.2 and graduated there with a 4.0,” she said. “It really changed my life a lot.”

Deric Luna is currently a student in the PCC Gateway to College program. At 19, he plans to graduate from high school next semester.

“The last four or five years at school, I wasn’t doing too well,” he said. “I wasn’t putting in any effort. When I found out about this program…they took me back to the point where I got A’s and I go to school two or three hours a day.”