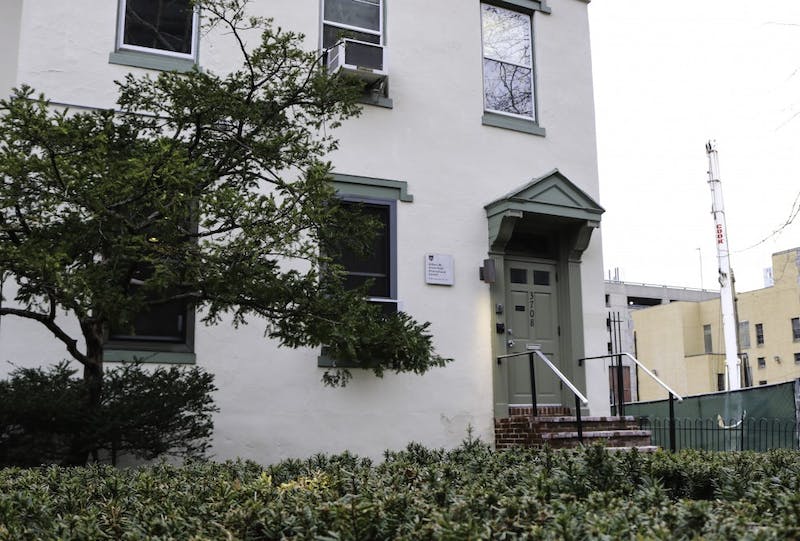 The Greenfield Intercultural Center is looking for its first full-time FGLI Program Coordinator to manage its initiatives for low-income first-generation students.

Since the GIC launched the FGLI program in 2016, the position of Program Coordinator has been part-time. The coordinator facilitates initiatives for FGLI students such as the GIC textbook library and the subsidized summer storage program. The coordinator also supports student groups such as Penn First and FGLIQ. GIC students and staff agree that the responsibilities of the position are too demanding to be accomplished on a part-time basis, and for years FGLI advocates have asked the University to fund the hiring of a coordinator at full-time.

The GIC posted a job offer for a full-time coordinator in May. Although the position is listed as “vacant” on the ICG website, the posting has since been removed from Penn’s application website and the position is no longer accepting applications through LinkedIn.

GIC director Valerie De Cruz declined to comment on the full-time coordinator position until a hiring was made.

Juandell Mathews, a 2018 college graduate, who served as coordinator in the spring, said the change would ease challenges posed by part-time limitations.

â€œIt can be a lot of work,â€ added Mathews. “It can be a bit difficult sometimes if you can’t physically work all the hours you need to.”

Middle school senior Daniel Gonzalez, a work-study student at GIC and president of internal outreach at Penn First, echoed Mathew’s comments, adding that coordinators often worked overtime to complete their tasks even though they couldn’t be paid.

â€œAnyone who has had this job since then as a part-time person has certainly put in a lot more than part-time hours,â€ Gonzalez said.

Mathews added that due to the coordinator’s limited hours, GIC co-op students often have to increase their workload to help with FGLI program tasks. Gonzalez agreed and said the summer storage schedule, in particular, required a significant time commitment.

Gonzalez said GIC staff and work-study students coordinated the storage of over 1,000 items belonging to 160 students in less than two weeks. Meanwhile, Gonzalez said he worked 94 hours in total.

While Gonzalez said the students were happy with the move from full-time employment, he said the timing was “inopportune” and “awkward” as Mathews will not keep his job. Mathews took over as coordinator in February 2019.

â€œI kind of wanted this commitment to materialize for at least a year or so,â€ said Mathews, adding that he discovered the full-time position a few months after taking office.

The need for increased funding for the FGLI program to hire â€œone (or more) full-time coordinator (s)â€ was also mentioned in a paper on student concerns raised at previous Penn First summits. Penn First provided this document to the Daily Pennsylvanian in March 2018.

Gonzalez said the students had been pleading for a full-time coordinator position for years, but the GIC had not been able to switch to full-time due to lack of funding.

Receive our newsletter, Dear Penn, delivered to your inbox every morning of the week.

In addition to increased funding for the FGLI program, the students also asked Penn to provide more resources for the FGLI textbook library. The library has an official staff member to manage over 3,000 books housed in the GIC.

Gonzalez added that the work of the FGLI program is still growing and will require additional support from Penn.

â€œHonestly, I think there needs to be a bigger staff for the FGLI program in addition to a single full-time coordinator,â€ Gonzalez said.