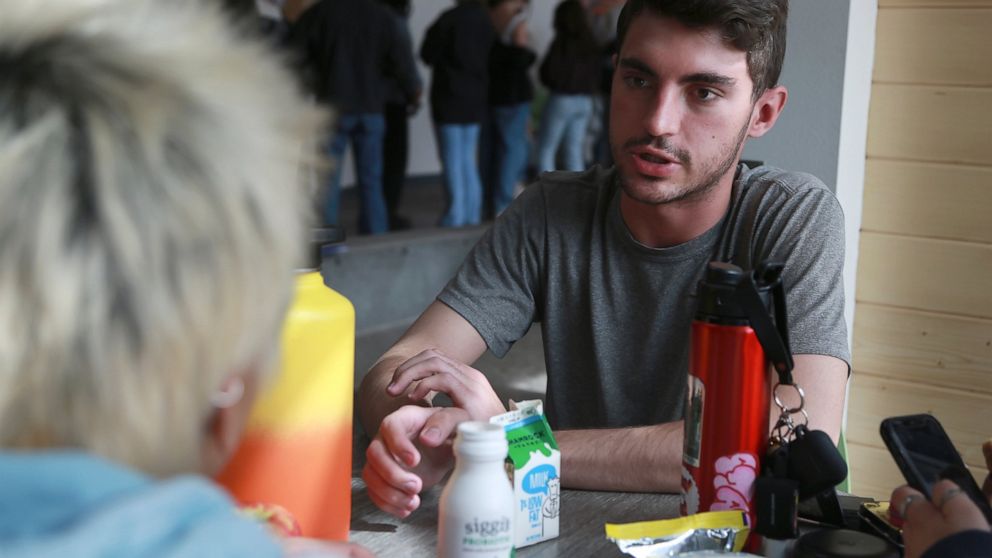 New Mexico is beefing up its free college program, at least for now

SANTA FE, NM — Even after failing a test that set her back a semester, Maribel Rodriguez will return to nursing school next spring with a generous new state scholarship that drops eligibility criteria to help more working adults earn a college degree.

New Mexico is expanding its “opportunity scholarship,” which has already paid Rodriguez’s college tuition and allowed him to apply for federal grants to cover living expenses like gas and groceries. She is reapplying for admission to the nursing program and hopes to complete her studies without accumulating debts that could harm her husband and three children.

“I didn’t think there were a lot of opportunities for me at my age,” said Rodriguez, 37, of Lovington, New Mexico, who left college at 19 in part because she couldn’t pay rent. “Even though we missed it when we were younger, there is still hope for us.”

Many states, including New Mexico, have for years offered free four-year degree tuition programs to residents, but the programs had restrictions, limiting participation to recent high school graduates and requiring them to attend the full-time school.

Proponents of these restrictions say they incentivize students to complete their studies and reduce the number of students who participate, thereby reducing costs. But critics argue they create too many barriers to success for students, especially those with low incomes who struggle to work, pay rent and raise a family.

New Mexico’s revamped program gives students more flexibility, including attending college part-time and allowing them to use federal grants for out-of-pocket expenses. There is no obligation to finish within a set number of years.

“It opens the door for a lot of people, especially people who started a degree and had to leave for some reason,” said Kathy Levine, director of financial aid at Northern New Mexico College at Española.

Yet Levine and other university advisers are reluctant to promise students future funding.

Most of the program’s $75 million expansion relied on one-time federal pandemic assistance and is only authorized for one year. If funding is cut, students could find themselves without support halfway through their degree or certificate program.

As recently as 2017, New Mexico cut its other college scholarship program to just 60% of tuition due to an unexpected drop in state revenue. State officials now say the program, the Lottery Scholarship, is now 100% solvent for at least the next four years.

The New Mexico governor and legislature hope the expanded scholarship program will be enough to reverse the state’s dismal education record. Only Mississippi has a lower percentage of four-year degree holders, at 23%, according to census estimates.

As of 2020, the program has been used by 10,000 state residents pursuing associate degree programs, including nursing.

“It checks all of those boxes, very robust, certainly stands out as a national model,” Jessica Thompson, vice president of left-leaning think tank The Institute for College Access and Success, said of the revised program.

But Thompson warns that states are often ill-equipped to promise generous programs to long-term students because their incomes are so closely tied to the vagaries of the economy.

Thompson says other states like Oregon have allowed generous programs for undergraduates, only to cut back when budgets were tight.

New Mexico officials had estimated that about 35,000 students could participate in the expanded program. But that number will likely drop because universities in the state have already hiked tuition, disappointing state higher education officials.

Starting in July, universities will have to negotiate tuition increase limits with the state if they want to participate in the tuition-free program. But the law did not prevent them from raising tuition before that date.

At least for next year, the expanded program will also make existing support for recent high school graduates even more generous by allowing them to use federal funding for out-of-pocket expenses, in addition to the existing “lottery scholarship” that pays their tuition fees.

“Some of our parents are still paying off their loans from college,” said junior Zoë McDonald, 17, an aspiring cinematographer.

Painter Cruz Davis-Martinez, 18, knows he wants a four-year degree and compares the University of New Mexico and two schools in other states.

“A lot of my high school career, unfortunately, was spent on double credit,” Davis-Martinez said, “because I had this financial insecurity.”

At 15, he started traveling 40 minutes so he could take advantage of free college tuition paid for by his high school. The idea was to earn college credit so he could save money in college.

Now he realizes he can attend all the classes he needs without going into debt and without having to work so hard that his grades are crippled.

Under New Mexico’s new plan, he will receive more support than expected, although the exact cost of college is unclear. State officials are still drafting the final rules for the program, including what fees will be covered and how much universities can raise tuition.

Thompson said it’s important for students to be able to continue their education without the threat of debt. Still, she thinks the state is one economic downturn away from cutting benefits and that the federal government needs to fund more of these programs.

“I would be surprised if New Mexico can sustain this without, you know, continued federal funding commitment and involvement,” she said. “And I don’t think other states can follow them.”

This story has been corrected to show that Maribel Rodriguez will be returning to school next spring, not this fall.

Attanasio is a member of the Associated Press/Report for America Statehouse News Initiative body. Report for America is a nonprofit national service program that places reporters in local newsrooms to report on underreported issues. Follow Attanasio on Twitter.

New Mexico revamps its free college program. Some fear funds can run out.