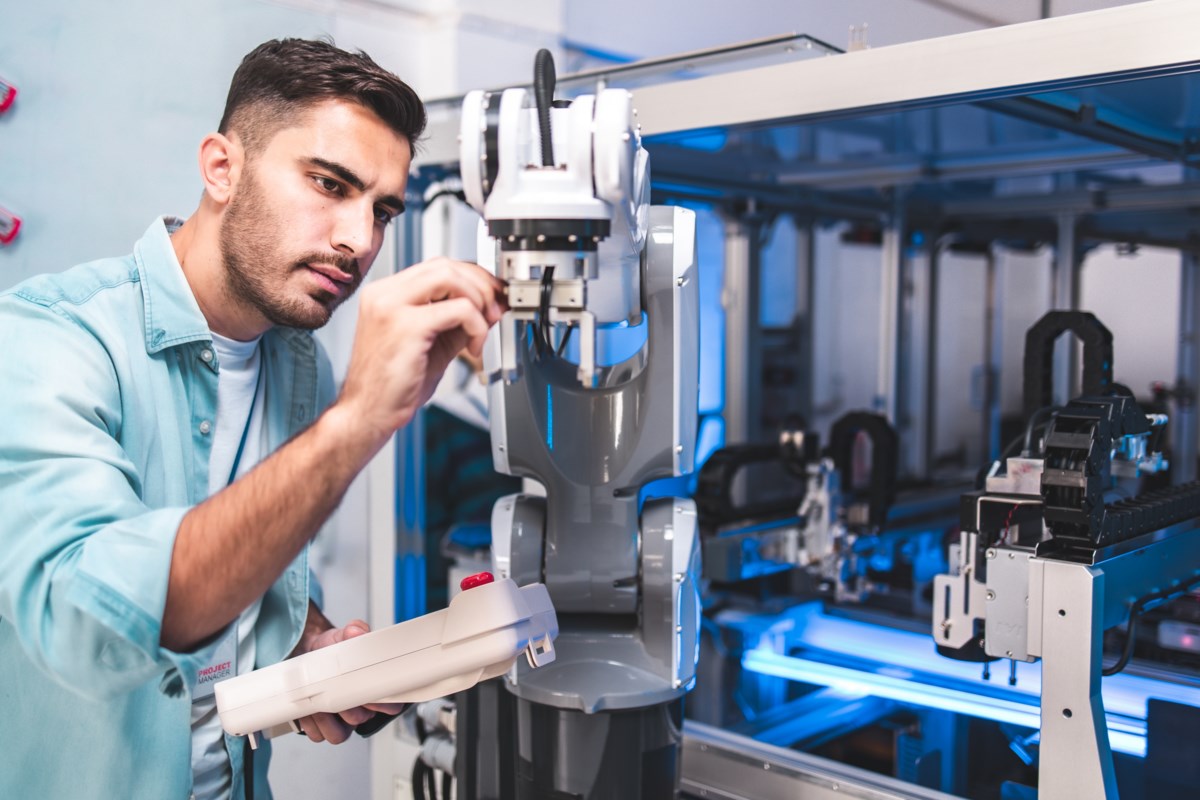 Labor shortages dominated the headlines throughout 2021 and the engineering and manufacturing sector was not spared. In fact, according to a survey conducted by Canadian Manufacturers and Exporters in October, 82% of 445 companies surveyed say they face labor shortages and 75% believe they have had more difficulty finding employees in 2021. than the previous year.

Canadore College has recognized this gap in the workforce and is hopeful that its new degree in Advanced Manufacturing Technology Management can help fill some of that gap.

“We had heard that businesses in northern Ontario were having these problems, so the college took the proposal to the Post-Secondary Education Quality Assessment Board and it received approval,” says Dr Vimal Savsani.

â€œThe main idea is to fill the skills gap that most businesses in Northern Ontario face. They want students who have skills in modern manufacturing, business and technology management, automation, and robotics.

The work to bring that four-year degree to Canadore preceded Savsani’s arrival at the college faculty in the fall of 2019, but the mechanical engineering professor has been heavily involved in the process since his arrival, and he says that this program should be attractive to students for its uniqueness and effectiveness.

He says what’s unique is that “the traditional four-year degree programs allow you to graduate in Mechanical Engineering or Production Engineering, but we didn’t have a course in which the students could acquire the knowledge of advanced manufacturing and technology management until now. “

â€œOur first three semesters of the program will focus on teaching robotics, electrical and electronic work, and an introduction to manufacturing. Then in semesters four through six, students will learn basic manufacturing and mechanical engineering, automation and robotics.

Savsani says after that they get a 14 week internship.

â€œWe think this is a very unique structure that they can’t find in any university program where most universities focus on theory. Here we focus on theory and hands-on learning that will truly prepare our students for the job market.

And that’s where he says the effectiveness of the program comes in.

â€œToday, the modern manufacturing sector uses many technologies which are becoming more and more advanced day by day,â€ he says.

â€œThey lack skilled workers who can keep up with the rapid pace of this technological movement, especially in high-tech manufacturing. It is not only businesses in Northern Ontario that are faced with this dilemma, but this type of program would be very beneficial because we can produce a ready-made product in the form of a student who can work. in the type of space they need.

Savsani says this program will prepare students for work in modern manufacturing, which would see them working in all things automation, robotics, and technology management. “

â€œStudents may find themselves in entry-level managerial positions in the manufacturing, automation and robotics industries. They can also start their careers in technology management, business data analysis and product development, â€he says.

â€œAdvanced manufacturing is not just used in the production of finished products. It also supports other industries including mining, forestry, construction and utilities. There are so many positions that will be looking for students with this degree and skills. Northern Ontario is expected to experience somewhat different outlook given the changing industry profile and retirements from the manufacturing workforce. The mining sector is a key economic driver in northern Ontario with two-thirds of all mining jobs in Ontario located here.

There are over 200 mining, manufacturing and engineering companies within an hour and a half drive of Canadore College.

Savsani is just one of many who were instrumental in bringing this program to the college, but he brings with him a huge pedigree of knowledge to associate with their first degree at the undergraduate level.

On the one hand, Savsani is among the 2% of the most regularly cited researchers / scientists in the world.

â€œI started my research in 2008 when I started to prepare for my doctorate in mechanical engineering. Subsequently, I was a postdoctoral fellow at Thompson Rivers University in British Columbia. As a result, I had developed a new optimization technique for machine design, which is useful for optimizing any mechanical system for performance, â€says Savsani.

It was during this time that he had published nearly 65 research papers and journalistic articles and was asked to present his research at international conferences.

â€œThose two percent are based on that research which was later cited by other researchers. Over 7,000 researchers have cited my work according to the Elsevier database, â€says Savsani.

â€œI am proud of myself, to know that my work is so well recognized. I use this as a motivation to strive for continuous and better research throughout my career. “

After starting his career with ABB Ltd., he turned to academics in 2004.

â€œSince 2004, it has really been a passion of mine to teach and prepare students for this industry, while continuing my own research as well,â€ says Savsani.

He says having a large contingent of freshmen enrolling in this program in the fall of 2022 would mean a lot to him and to the Canadore team.

â€œOur entire team has worked hard to develop the program and we are now marketing it to potential students nationally and internationally,â€ said Savsani.

â€œWe believe that we can succeed in attracting a large number of students because we have the advantage of having the ICAMP facility (Innovation Center for Advanced Manufacturing and Prototyping at Commerce Court Campus) where we have large manufacturing industry capabilities such as prototyping and design. This, I think, is going to be a strong selling point and a big advantage for our program. “

If you have a story idea for the Jobs of the Future series, email Matt at [email protected]

Program coordinator, programs and student job with UNIVERSITY OF SYDNEY