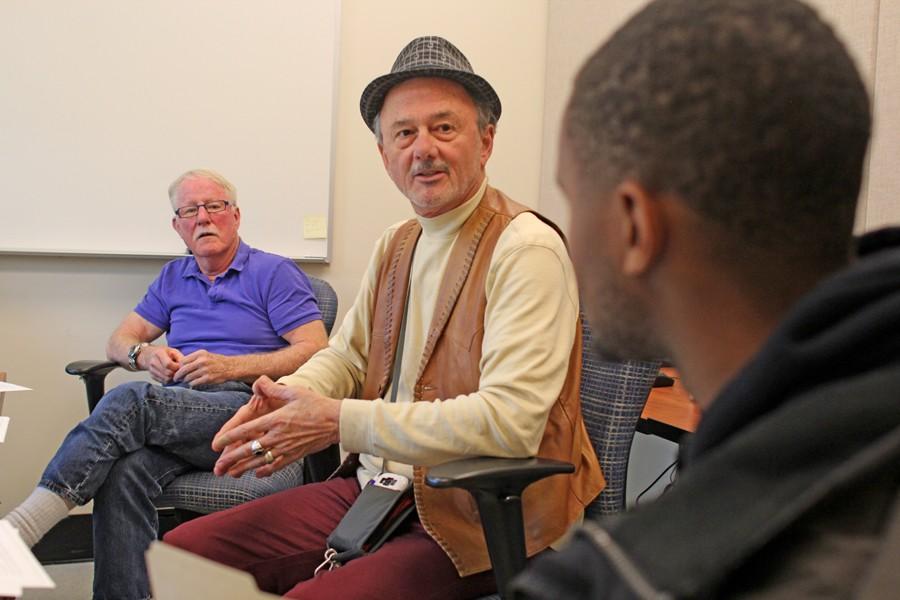 Twenty-two years of countless flights around the world in search of more international students in the Contra Costa Community College district are likely to make you want to never step foot on another plane again. .

International Education Program Director Aleks Ilich said he is retiring at the end of the 2015 spring semester and is happy never to have to do so again.

“I don’t know how many thousands of kilometers (Ilich) have traveled to keep the district’s international education program operational,” said former senior research and planning dean Tim Clow. “Most of us can’t handle an economical multi-hour flight, but it has managed to make it a lifestyle, and it’s amazing.”

Chancellor Helen Benjamin said the district hired Ilich in 1993 when it decided to expand the program, and since then it has increased the number of students in the program from 300 to over 2,500.

Dr Benjamin said that, through his marketing and outreach efforts, he helped make the district one of California’s top community college destinations for international students.

“We are currently reviewing the responsibilities of the position and moving forward to fill this important position,” she said.

District communications relations director Tim Leong said it takes a special kind of person to be interested in this job due to all the travel, but he’s confident the district will be able to to find someone who matches the description.

Clow said it would be hard to find someone willing to spend as much time on a plane as Ilich did during his tenure in the district.

“There are people who like to fly and make international connections,” he said. ” But it’s not easy. I don’t know how he kept his family life together.

Ilich said that one thing a lot of people ask him now as he retires is, “What are you going to do with your free time now?” Travel in the world?’

“And I just laugh and tell them the last thing I want to do is fly on an American airline.

“But I can take a road trip with my new Nicaraguan family and show them the States.”

He said he preferred to use his retirement to work in music creation from his home on 34th Street and Garvin Avenue in Richmond, Calif., Where he has lived for 34 years.

Leong said he and Ilich used to perform together at holiday parties.

“He plays guitar and I play bass,” he said. “He’s more of a self-taught musician and plays a lot of music that he listened to growing up. Her favorite musician is Elvis.

“He’s got a routine where he plays Elvis tunes, puts on the costume and does his thing. It’s not the (Ilich) you see walking around campus.

Clow said that while Ilich was adjunct professor of ESL at Contra Costa College, he played in a band with former college president McKinley Williams and the current chair of the administration of justice department. , Rick Ramos.

He said the three would be seen walking around campus together, but Ilich stood out as the “hipster” of the three.

Ilich said his stepchildren were currently working toward their associate’s degree at CCC, where he began working in the district as an adjunct ESL teacher in 1986.

“I am a creative person. I love to teach and miss being in a classroom. But that’s not what I do best, ”he said.