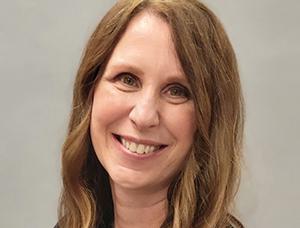 GREENWICH — A school counselor with decades of experience, Michele Iannello will lead counseling services for middle and high schools at Greenwich Public Schools, beginning Sept. 6, as the new program coordinator.

“School counseling has been my passion for nearly 30 years, and I look forward to helping lead such a dynamic and dedicated group of counsellors. I look forward to working with such a fantastic group of educators and being part of the incredible community of Greenwich,” Iannello said in a statement.

She replaces Judy Nedell, who recently retired after 22 years at Greenwich Schools.

Iannello will manage counseling services for students in grades 6-12, including development programs, career counseling, personal counseling, academic counseling and post-secondary planning. She will also serve as the Section 504 Coordinator for GPS. Section 504 of the Rehabilitation Act 1973 prohibits discrimination against persons with disabilities in programs receiving federal financial assistance.

She will report to Stacey Heiligenthaler, Special Education Manager and student support at Greenwich Public Schools.

“We are thrilled to have Ms. Iannello join GPS as school board coordinator,” Heiligenthaler said in a statement Monday. “She brings with her extensive experience in providing counseling services to students as well as supporting school counselors and parents in the academic success of students and the success of all students.”

Iannello advised students for 28 years as a school counselor. She has been at Portland High School in Connecticut since 2004, where she has also served as an administrator for 504 planning and placement team meetings and meetings, in addition to providing in-depth academic and academic counseling.

She began her career as a school counselor in 1994 in New York State with the Brasher Falls Central School District and later at Jamesville-DeWitt High School.

She received a bachelor’s degree in psychology from the University of Albany and a master’s degree in education from the College of Saint Rose. She holds an intermediate certification in administration and supervision from Sacred Heart University.

It was the last hiring at Greenwich Public Schools, which is seeks to fill dozens of openings before classes start this fall of the new school year.

Several positions have been filled in recent weeks, including one new assistant manager at Parkway School; a new Deputy Director at Central middle school; a new chief operating officer on administration crew; acting directors at Cos Cob School and Hamilton Avenue School; and a new administrator to oversee world language teaching.