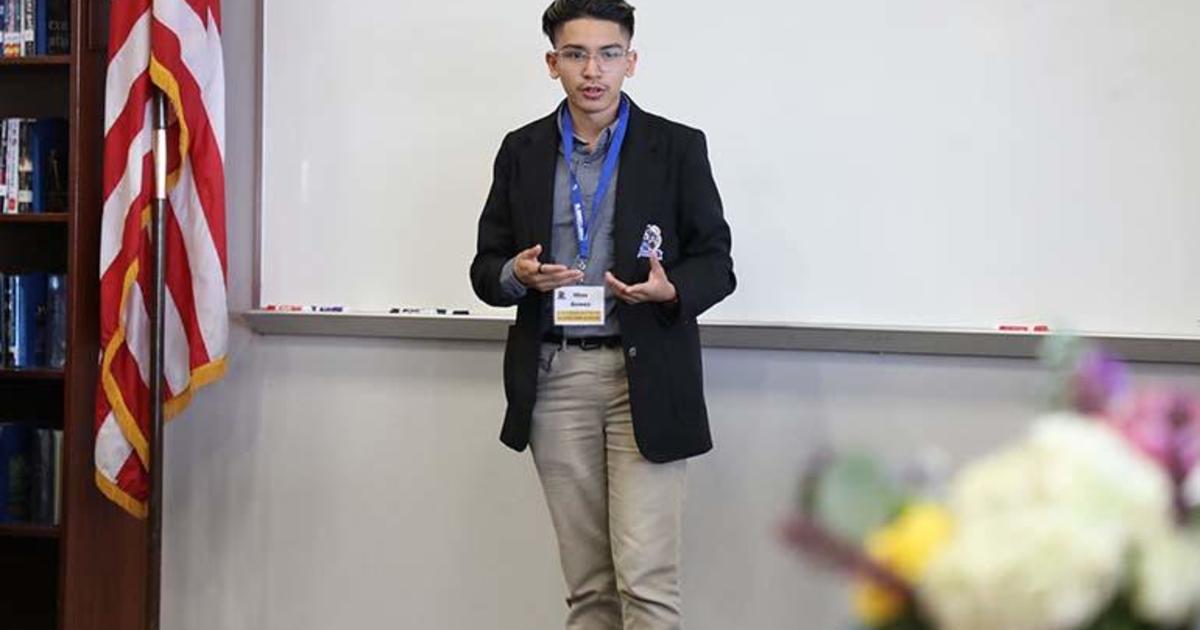 DALLAS (CBSDFW.COM) – For so many Americans, the cost of a college education creates significant economic hardship.

That’s why, for more than 15 years, Dallas College has funded a program with the Dallas Independent School District and other local districts to create a debt-free option.

Growing up, Illias Gomez thought college wasn’t in the cards.

“None of my family ever went to college,” he said. “A lot of people I grew up with never thought about college either.”

As a middle school student, he was introduced to P-TECH, which is short for Pathways in Technology Early College High Schools. The program would allow him to earn a high school diploma from Conrad High School and an associate’s degree from Dallas College at the same time at no cost.

“Coming from a single mom, it’s very hard for her to catch up on all the house and car payments, so going to college for free…it was heartwarming,” he said. “It felt like it was the right path.”

In just four years, he developed the skills necessary to succeed in the video game industry, even securing an internship with a developer.

“I made two mobile applications with him and they were all paid!” he said.

Now, as he nears graduation, he and other Dallas ISD P-TECH students are being honored.

“Overall, Dallas College has had more than 2,000 students each year for the past two years graduating with associate degrees,” Anna Mays said.

“It really moves them into a new stratosphere,” said Dr. Shawnda Navarro Floyd. “One they could only dream of.”

Gomez has been accepted to the University of North Texas and has big plans for his future.

“The end goal is to have my own game studio and go back to Conrad and be an industry partner for them, kind of give back what they gave me,” he said. .

Her success inspired her mom.

“She could see the amount of work I was doing and thought if he could do it, I could do it,” he said. “I helped her get to grips with the classes, I kind of helped her understand what it’s like to be a student and now we’re on our way to graduating together.”

“The P-TECH/ECHS/Collegiate Academies are designed to serve incoming ninth-grade students who have the determination to go to college, are first-generation students, and have historically been underrepresented in higher education. .

Each campus will accept 125 ninth year students per year, but some may have fewer – we recommend checking with the campus you are interested in. Interested eighth graders who will be freshmen in the fall can apply here.”

Raised in Richardson, Erin Jones is proud to call North Texas home. His passion for journalism started in elementary school. For a 5th grade graduation memory book, we asked him what do you want to be when you grow up? She writes as a journalist.