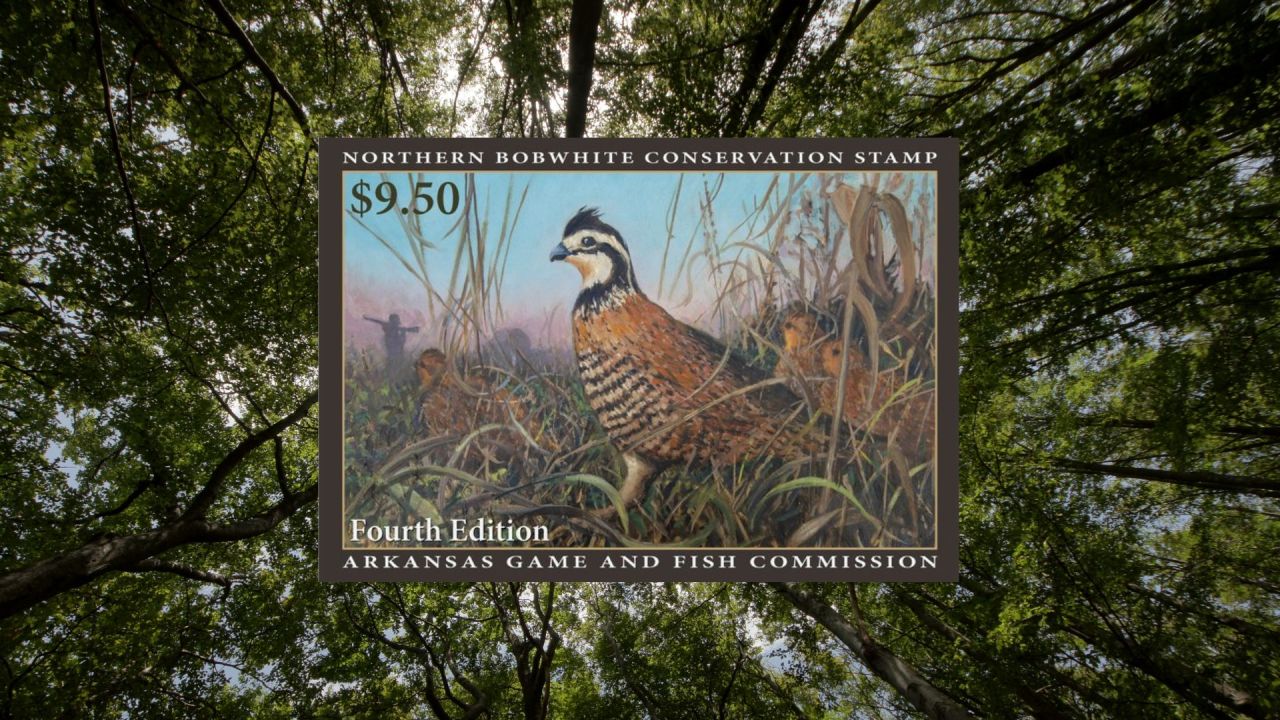 The AGFC’s Quail program, coincidentally, has a new coordinator in Clint Johnson, an agency veteran who has been involved for a decade in the AGFC’s quail restoration efforts, most recently as a biologist. private lands of the AGFC for the past nine years. Marcus Asher, who was the Quail program coordinator for the previous five years, moved to the position of field biologist earlier this year. Johnson accepted the job in early July.

“I like it,” Johnson, 36, said of his new position. “I’m starting to see all the different parts of the state. I was in Hope (early last week), I’ve been to every corner of the state so far, and seeing these (wildlife management areas) that I’ve never summer I got to be a part of the great habitat work they do.

Working for the AGFC “is just the only thing I’ve ever done,” Johnson said. He started working for the agency after graduating from Conway High School, sitting on a tractor in the Camp Robinson Special Use Area near Mayflower. His part-time work at the AGFC continued through college, where he earned his bachelor’s degree in environmental science and a master’s degree in biology at the University of Central Arkansas, before joining the full-time CFGA. His work as a private land biologist has allowed him to educate landowners on ways to improve habitat for bird species such as quail and other obligate grassland bird species, among others. field work.

But the new job, he said, “is the first time I can specialize in quail and grassland habitat management.” In his 11 years at the AGFC, he says he’s seen the pressure for quail restoration from the agency’s administration grow and wane, but it got a boost again a while ago. about five years behind former commissioners Steve Cook and Fred Brown.

Asher came on board and implemented a plan to collect data on habitat work already underway during the fall and spring seasons. The new focus was on six WMAs and Pea Ridge National Military Park which received special attention to restore quail habitat. For the first time in the agency’s history, protocols for intensive habitat monitoring, fall quail density, and spring counts of mandatory grassland breeding birds were completed to measure the success of the project. .

Meanwhile, private land biologists like Johnson have been working with landowners near these WMAs to change habitat practices with some of their acreage to help quail restoration, building on the anchorage that has been established on public land.

“We’ve always tried to be steady in the work that we do, no matter how hard it gets,” Johnson said. “All these species (of obligate grassland birds) decline together in the same way as quail.”

But these other species – such as the indigo bunting, painted sparrow, dickcissel and eastern meadowlark – are not game species, but rather observable wildlife. The average Arkansan, aside from any bird watcher, may only know quail. But all need the same solid grassland and open forest habitat to survive, Johnson said. “They are all equally important to our agency’s mission. We are responsible for each of them.

Johnson, who led prescribed fire crews in central Arkansas and the southern Ozarks, received the National Bobwhite Conservation Initiative’s Firebird Award for educating private landowners about prescribed fires in improving the habitat. He was also named Forestry Educator of the Year, also for the education of private landowners. More recently, the National Wild Turkey Federation named him Wildlife Manager of the Year for Arkansas in 2021.

His new role will require more prescription of fire treatments from his office, Johnson said, but he still plans to return to the field occasionally. “I will burn again. I was burning (recently) on Stone Prairie WMA. I’m still qualified as a burn boss. I will direct the burns when I can, but I will work more at the higher level of prescribing these treatments than implementing them… It’s more of a joint effort. That’s what I’ve been doing lately is going around these WMAs and seeing what they need.

Historic Cane Hill near Lincoln, Washington County has partnered with the AGFC and the Arkansas Game and Fish Foundation for four years to promote the arts in Arkansas and help garner support for restore and conserve quail habitat. 2022 marked the first statewide juried competition to select artwork for the voluntary stamp. In mid-April, award-winning artist Tim Tyer’s ‘Bobwhites’ was unveiled at Historic Cane Hill.

The AGFC uses sales of bobwhite quail and northern turkey conservation stamps to match numerous federal grants and work with partners such as the National Wild Turkey Federation. complete over $1.6 million in habitat work in Arkansas. Fifteen projects covering nearly 6,000 acres benefited from stamp sales, all of which aimed to restore or improve critical habitat for quails and turkeys. Mulching and thinning of overgrown thickets, as well as prescribed burning, have been implemented in these projects, all of which have been made possible through the sale of these voluntary habitat stamps.

“All of these funds from the quail and turkey stamps are pooled and these are allocated to field work on public lands,” Johnson said, “and we can actually amplify that money by using this correspondence for federal dollars. It’s a very good way for us to do a lot of work.

Visit www.agfc.com and click the “Buy License | Verify Game” button to purchase a quail or turkey stamp and help further conservation work for these birds and other wildlife in Arkansas.